THE STORY OF AVENUE B 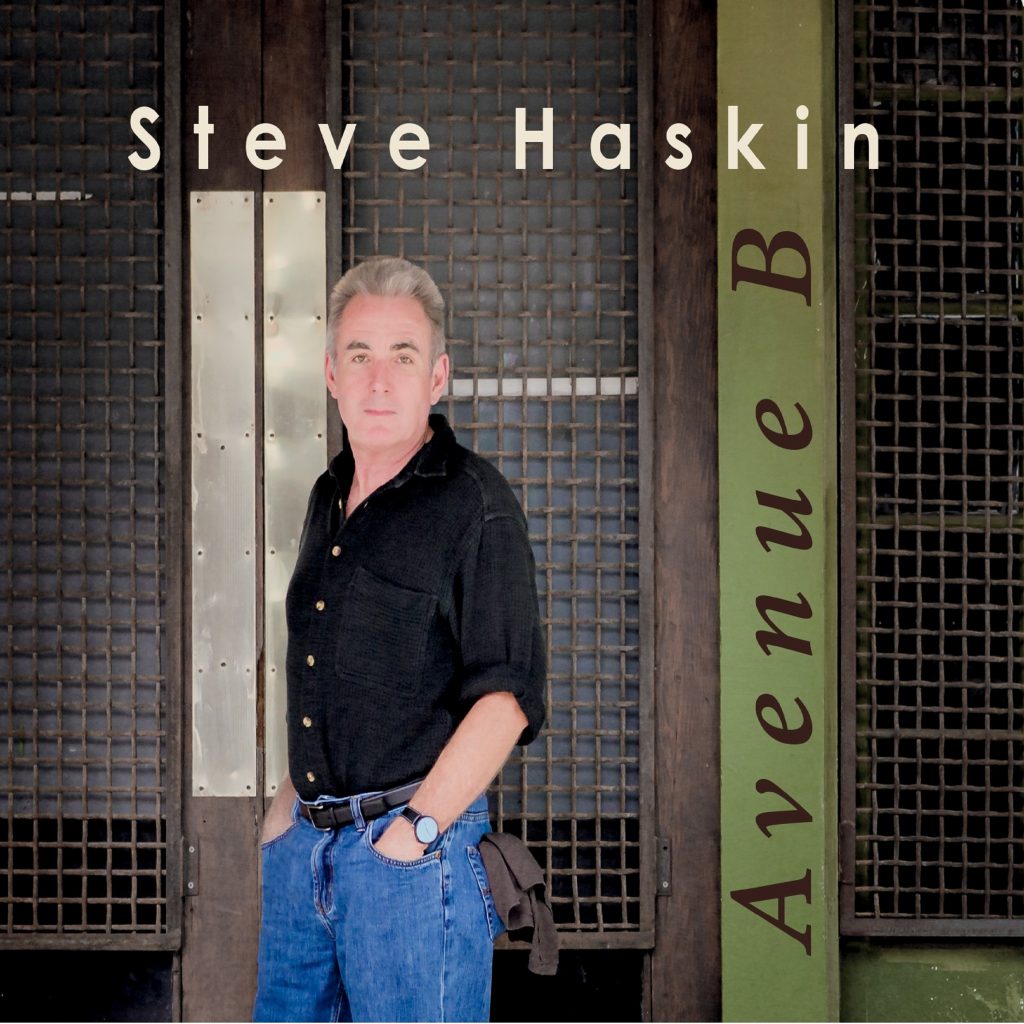 Steve Haskin has an interesting story to tell: after 32 years of guitar playing and teaching in Minneapolis he moved to Austin thinking it would take years to find folks to perform with, instead he almost immediately met flutist Sarah Jane Hargis and did a gig his third week in town.

“I mentioned to a couple of new neighbors that I was a guitarist and they said they knew an excellent flute player. I gave her a call, we rehearsed and she asked, ‘What are you doing tomorrow. I have a gig and you can join me.” I could hardly believe my good fortune. Meeting Sarah Jane was the luckiest thing that ever happened to me. We met and instantly had rapport. We had a blast at our first gig and we’ve played together for over five years now. Now that’s good luck!”

Steve decided to move to Austin because, after visiting several times, he realized that Austin was indeed “The performing music capital of the world.”

“I came down for South by Southwest a couple of times and was surprised by the number of venues that had music. There was music everywhere. In Minneapolis the six months of winter shuts down outdoor music possibilities. In Austin you can play outside almost all year around so there are many more options. I decided to quit my teaching job at Minneapolis Community and Technical College after twenty seven years, sell my house, and pack up a U-haul and head to Texas. Five years later I can say it was a wise move.” 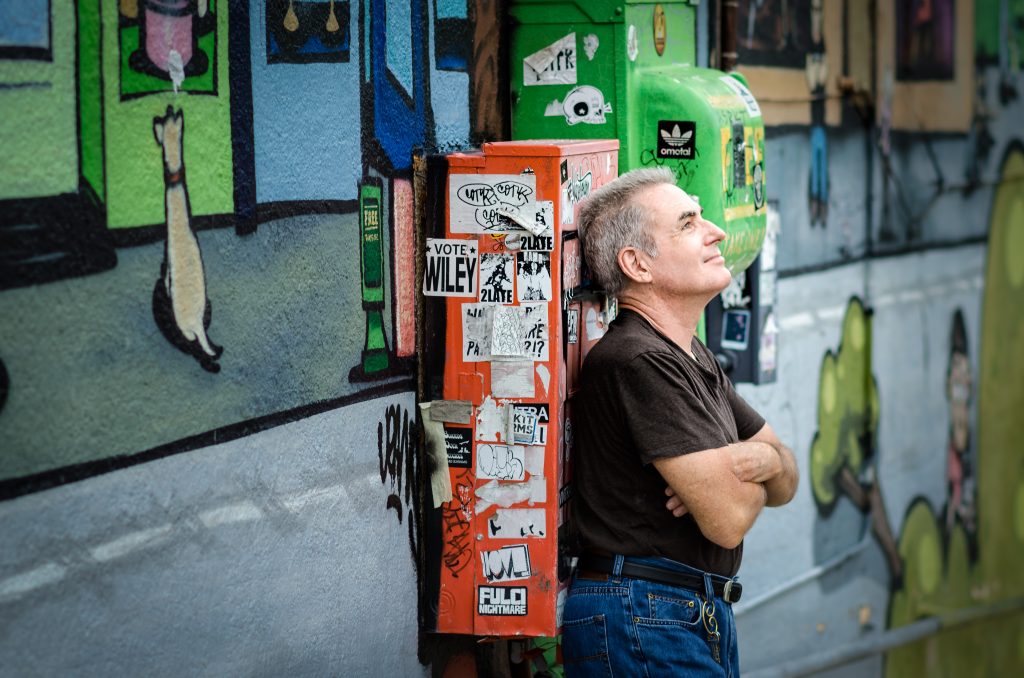 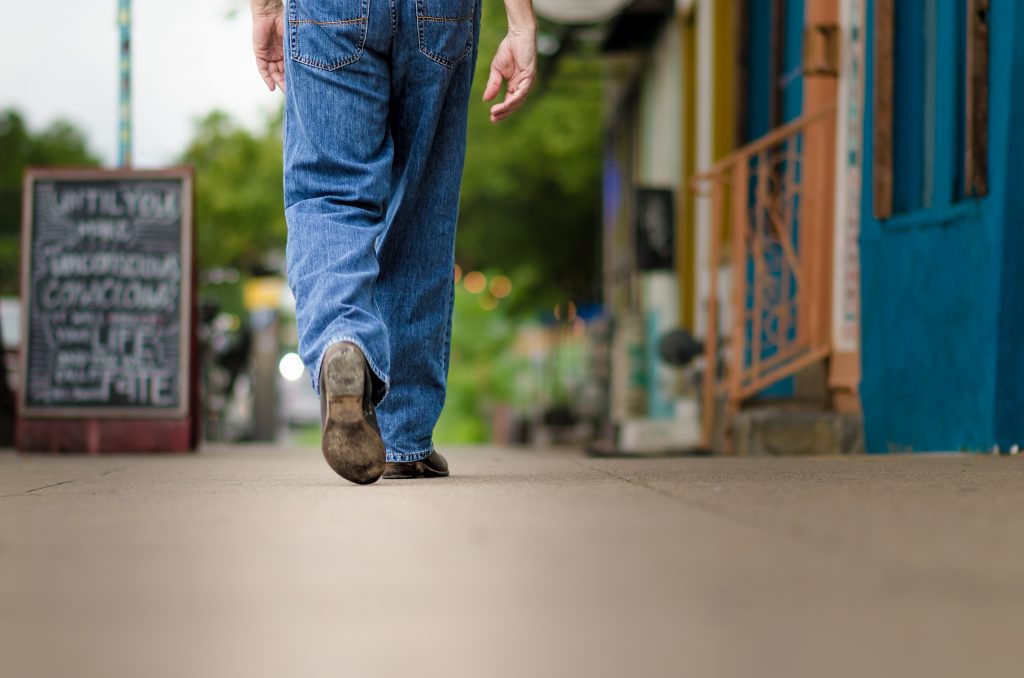 “During my second trip to Austin for South by South West I happened to see a line forming outside The Continental Club on South Congress. I asked someone in line who was playing and they said Toni Price. Toni is a wonderful singer and entertainer and after moving here I saw her at her steady gig on Tuesday nights probably fifty times. She’s amazing but it was her violinist that really caught my attention. After hearing him the first time at The Continental, I returned to South Congress and heard a violinist in a band along the Avenue and recognized his style. After the show I approached him and told him how much I enjoyed his playing. He was very down-to-earth, not aloof in the slightest. His name was Warren Hood. I later learned that Warren was the son of Champ Hood the violinist for a famous Austin group called Uncle Walt’s Band. Warren had grown up surrounded by music. He’d been playing since he was a child. He had his own band and was first call for all the bands in Austin. Although I knew he was very busy, I asked him to play on my new record. He agreed. I recorded the guitar parts and Warren overdubbed his parts in two takes. I couldn’t be happier with his playing.” 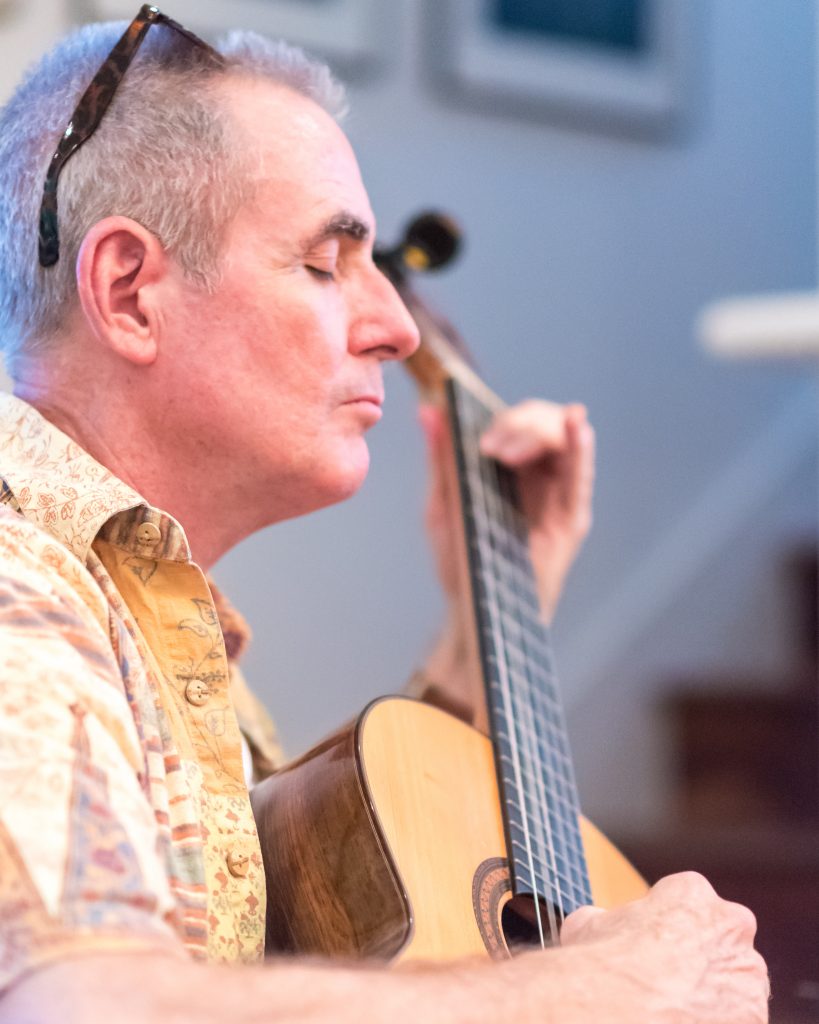 Steve wanted percussion on his new album. He preferred hand percussion over a drum kit. He liked bongos, congas, dumbek and shakers. Steve asked different musicians about their favorite hand percussionist in Austin. The answer was always the same: James Fenner. James toured with Christopher Cross for eight years. He performed in the White House. He is a conga player but he also plays chimes, bells and shakers. His playing always has a lot of variety. He plays the right thing at the right time. Steve learned that Mr. Fenner worked at Strait Music and meeting him there, asked him to record on his new CD.

Sarah Jane Hargis has a unique solo flute show that is her main focus. She uses guitar effects and tape loops to perform a one-woman show that is quite amazing.

“Sarah Jane usually leaves her effects out of our performances but there was one piece that we composed together that really cried out for effects. We called that tune Avenue B because it had a very urban feel. Avenue B has a driving beat that is unlike anything I’ve done before. My first CD was called Boundary Waters. The second is Mississippi Coin’ By and the third Autumn Road. All inspired by nature, especially rivers and lakes. Avenue B is very different. It became the title tune of the recording.”

A. J. Montrose has lived in Austin since the seventies. He played congas in Latin Bands and snare and brushes in country groups. A. J. hosted a Latin Music jam session at a coffee shop and Steve sat in one evening playing original tunes. A. J. liked Steve’s music and began playing with Sarah Jane and Steve at their monthly gig at Opa. A. J. plays bongos on the tunes “Avenue B” and “Malaga.”

To enhance the urban quality of “Avenue B”,  Steve asked his friend photographer Gary Hook to take the pictures for the cover art.

“We went to East Sixth St. and took pictures of me standing in front of buildings and fences and standing in the middle of Sixth with the skyline behind me. All of my CDs had nature images as their covers. Avenue B is different. I play classical guitar and the only electric instruments on the album are Sarah Jane’s effects but Avenue B has more energy than my music in the past. It features my favorite musicians in Austin. Moving to Austin has proven to have been a very good idea. I love it here!”